Speaking of Miss 5, she asked me just now, “ Mummy, I don’t like being sick. How come Allah makes me sick?” . She’s been learning about Our Creator quite intensively at school the past few weeks so she knows that Allah makes all things happen. I guess she’s just at that stage of understanding things that she can’t see and trying to make sense of the things she learns at school. She asked me the other day whether Allah is a boy or a girl :-). So in regards to her being sick question, I said to her, “ No one likes being sick but you can always ask Allah to make you better quicker.” Then I explained to her, “In a way, it’s good to be sick because your body is making all these good things called antibodies to fight the bad germs so next time when your body meets the same bad germ, you won’t get sick because your body will know how to fight it. And when you are sick, it shows that your body is fighting the bad germs which is good.” I think she understands the concept of good germs and bad germs and fighting, hehehehe….. The Little Misses love it when we explained to them about our bodies and its functions and how all the bits work :-). Much better to tell them the truth than tell them white lies kan :-).

And since I hari ni jadi Mummy mithali again, I made chicken briyani for dinner. But I think memang jauh beza betul my briyani dengan the real pakistani briyanis tu sebab I pakai taram aje masak guna remaph ratus yang ada in my kitchen aje. The Other Half said there’s something missing in it, probably chilli and a few other vital ingredients in a briyani kot :-), sebab I buat tak pedas langsung so tak kick lah rasanya. Oh well, sometimes you win, sometimes you lose in the kitchen :-). For Miss 5, I made chicken soup sebab orang sakit kan, hehehe…… 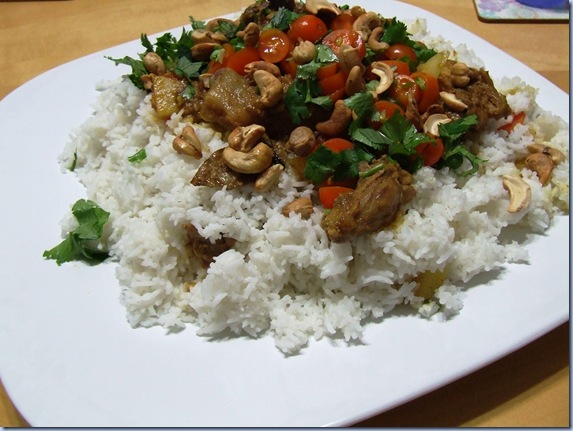 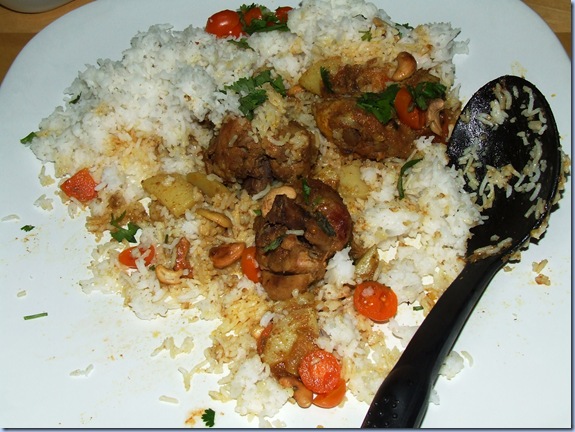 Tinggal banyak ni after dinner tadi…. Enough for The Other Half’s and my lunches esok, hehehe

Penned and thought by lemongrass at 20:32

Beautifully and logically explained. I have always admired your parenting skills. I agree that a child deserves to be told the truth but parents must be smart enough to find a way exlaining to them in the language that they could understand.

Ni bukan sengaja nak puji ye as Mudzaffar and Sheri too complimented your kids for being so polite and well-behaved. What i like most about them is they take the trouble to talk and entertain us everytime we go to your house and are always well-behaved. Nakal sikit tu takapalah Mynn -every kid has his/her "moments" but generally they are so lovely!

Salina dearie,
when you live in a multireligious/ multicultural society, you have to be very careful when you explain things to the kids about anything and everything :-). But at the same time you have to try tell them the truth too. The things you need to juggle, hehe. Thank you for the kind praise re: the girls. We are very thankful that they are the way they are :-).