People asked me kalau I membebel kat my family, guna bahasa apa? I wish I could say, guna both Malay and English which would be so cool! But…….unfortunately, I only use English 100% of the time (well, unless I want to membebel at the walls and the kitchen and the plants, then I guna Malay lah sebab bukannya I kisah diaorang paham ke tak, hehehehe). I’ve tried it a few times, membebel to The Little Misses in Malay, diaorang ternganga aje sekejap pastu gelak2 pastu they asked The Other Half what I was saying! Macam lah The Other Half paham I cakap apa, dua kali lima aje dengan The Little Misses tu, hehehehe. So, it defeats the purpose of membebel lah kan when your kids start to gelak2 instead of feeling sorry.

I know, I am to be blamed for their lack of verbal knowledge of my mother tongue. At first, dolu2 masa tengah preggy with Miss 10, I had such high hopes of teaching all my kids (read: 2 :-)) to be bilingual. Bukan susah pun Malay language ni kan. And if I start talking to them in Malay from early on, it would be easier for them to absorb the language. But, after a while, I got complacent and a bit lazy in talking to them in Malay. Masa Miss 10 kecik2 dulu and duduk kat M’sia, everyone around her spoke Malay so it was easy for her to absorb the language while I talked to her in English and Malay. Then when we moved to OZ and she started going to nursery, I continued talking to her in English and dropping the Malay gradually. Masa tu, I wanted her to pick up English quickly so tu yg guna English 100%. By the time, she could properly talk and converse with everyone, English has become her mother tongue instead of Malay :-(. And it was quite difficult to keep the Malay up sebab I sorang aje yang speak the language. More to being lazy and impatient I guess. I know, I know, excuses excuses :-).

And now, with Miss 5 who’s a bit like her Dad when it comes to learning a second language i.e hopeless (hehehe, his words, not mine), memang terus fully English lah. I guess I like to take the easy way by using English fully since dari kecik2 dulu pun I was used to the language. It’s not like I baru terpaksa belajar English sebab kahwin dengan The Other Half. I think my English was pretty good even way before that, if I may say so, hehehehe. So, tu yang lagi senang nak guna English with The Little Misses everytime. Sekarang ni pun I dream in English so macam mana lah tu, hehehe. The sad bit is kadang2 tu I have to think for a few minutes to find the right malay word when I’m talking to my parents. Bila you dah jarang guna that language, ada lah a few words yang terslip from your active parts of your brains so kena dig deep baru terjumpa balik kan, hehehehe. Maybe I pun kena belajar Malay balik lah sama2 dengan The Little Misses kan, baru lah terer we all sama2 :-).

The Little Misses are very interested and eager to learn Malay especially when they go to M’sia for holidays and surrounded with the language everywhere :-). And it’s quite funny how Miss 10 picked up the language quite quickly while Miss 5 still ternganga2 aje everytime, hehehehe. I don’t blame Miss 5 sebab she was born here, surrounded with English everywhere and baru 3 kali aje dia balik kampung pun, hehehe. So probably susah sikit lah for her to serap the language.

But I really really hope one day I can converse with them in Malay and I know I would feel so proud when that happens. Maybe one day hey! Who knows :-). 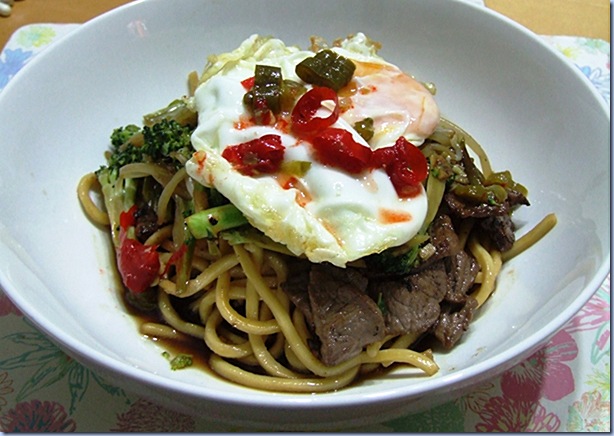 Penned and thought by lemongrass at 20:35

LG, I 'think' in English too, ngader kan? hehe. Masa my anak2 kecik, bila I naik sheikh, I marah in English. Kadang2 memang terlupa certain words - either in English or Malay more so cos of age factor (mine not yours, hehe). As for your children, it's never too late to start now LG.. Good luck.

Somuffins,
masa kecik2 dulu I used to think in Malay n then translate it to English in my english classes.Tapi skrg like u said, straight away think in English, hehehe. But I love to count in Malay, funny kan, hehehehe.....

Hanim,
Tu lah, semangat masa preggy berkobar2 kan, hehehe, but nak practice it tu yg for me ada sikit malas :-).But like yr kids,bila balik M'sia, they pick up the language really easily kan so hopefully I can teach them slowly :-).

Hi,
love to read ur blog.

BTW, i dah try ur pavlova recipe and muesli slice. But my pavlova tak secantik u punya.

TQ for the recipe ;)