Ye lah kan, ada some of you yang dah loyally baca my blog hari2 since its inception in January 2008 so after 6 years of daily bahan bacaan, tiba2 terberhenti, memang lah akan rasa rindu

Esok kat Msia is a working day kan so to readers out there yang baca my blog tiap2 pagi dalam komuter or LRT on the way to work, boleh lah restart your activity starting tomorrow kan.

(And stop hassling your cousin to ask me! Hahahaha

Anyway, enough of that.

One of them is about the last day of school for the girls.

I told her that I gave that as presents to her teachers a long time ago at her old school and obviously lah kan, teenagers with selective memory loss, she couldn’t remember any of it.

So, we bought some jars for it. 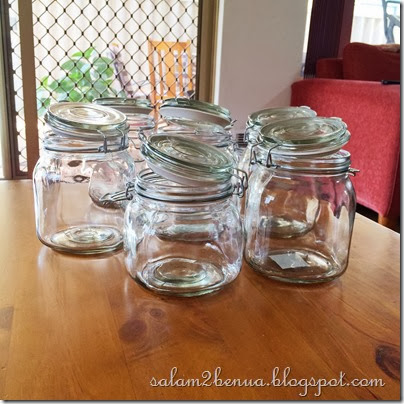 And since she’s already a teenager, I told her to do it all herself. 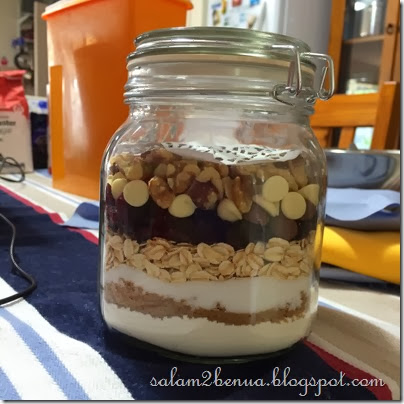 She chose the recipe she wanted and I printed out the instructions and she spent the whole night doing it. 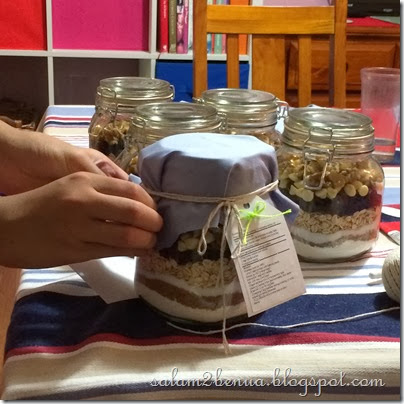 And all her teachers were really pleased with the gift.

For Miss 10 pulak, we decided to give her class teachers ‘christmas tree in a jar’. 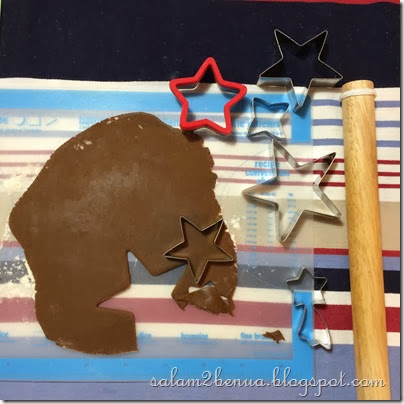 I made the gingerbread cookie dough and cut different sizes star shapes.

A bit leceh nak assemble in the jar. 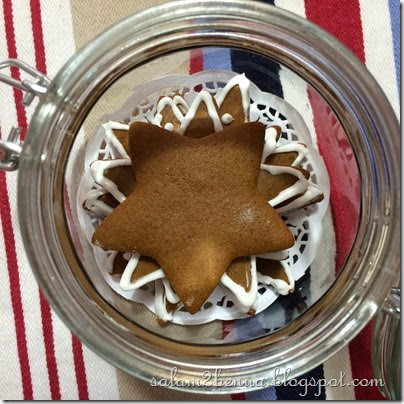 We had to find a wide-mouthed jar so I can put the cookies in them.

I had to place 1 biscuit flat each time, iced the edges with royal icing, then stick another star on top of it. 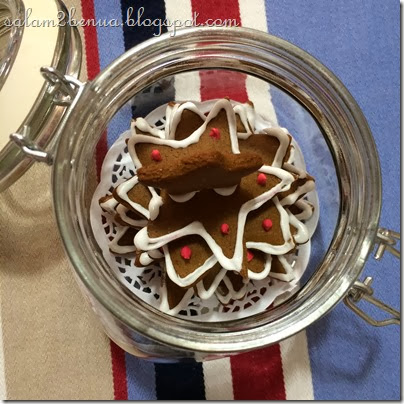 And the top star is upright. 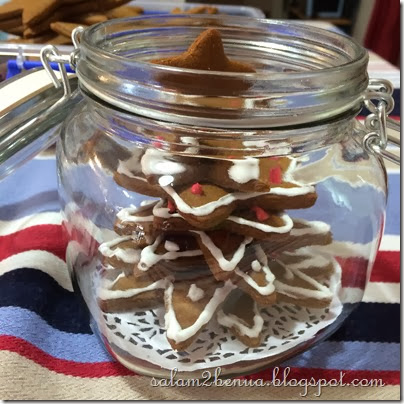 So, it ended up looking like a christmas tree kan

Then, the next morning, I sprinkled some icing sugar all over the tree so it looked like snow. 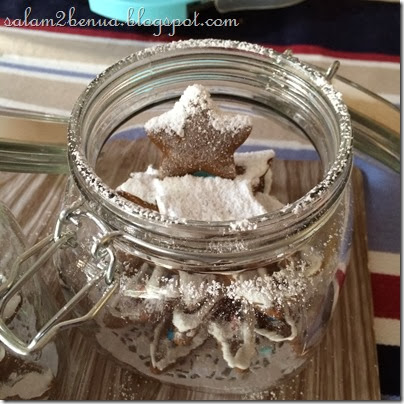 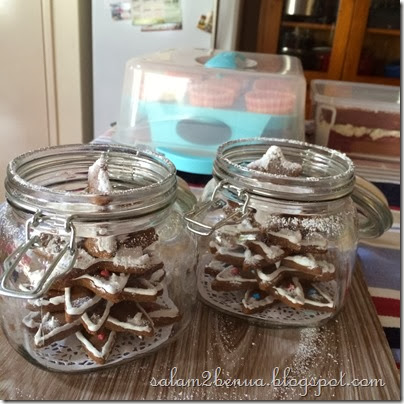 And her teachers were so impressed with the gingerbread Xmas tree. They thought we bought it, hikhikhik….

And we also made some chocolate cookie men for Miss 10 to give to her classmates on the last day of school.

I made the cookies and Miss 14 was kind enough to do the decorating. 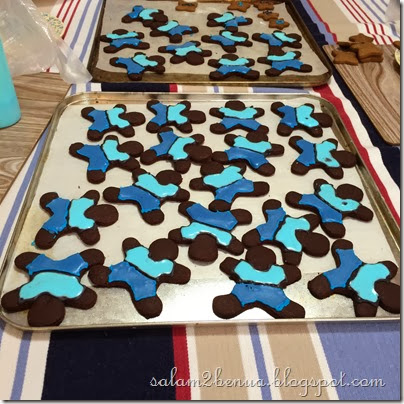 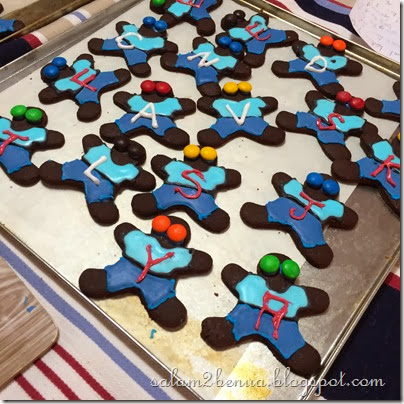 We couldnt find mini m&ms amongst my chocolate stash that night so terpaksa guna the big m&ms for the eyes.

They all ended up looking as though they hv googly eyes or their boobs have migrated up to their heads!

Welcome back sis! really miss u!

I am just happy you are back :)

LG.. silent reader pun blh rindu taw. Good to see you are back :-)

this is why i love reading ur blog. so many fresh ideas! cantik2 semuanya

salam, hello from Malaysia! wow so impressed with your blog and the contents..bravo!

yes exactly..6 years as a silent reader for this blog huhu.. a lot of cooking stail i have been learn.. espeacially how to cook the leftover with diff style..hwewhew..thanks kak min!

been missing u akak

Welcome back sis..
Keep on blogging