Another thing I like about Spring and Summer is the continuous gorgeous temperature for making bread.

During Winter times, memang lemau sikit perasaan nak buat bread itu sebab fikirkan kena switch on the oven to proof the dough or else kena tunggu lama gile for the dough to rise.

If I want Miss 14 to emerge from her room, I just have to dangle fresh bread in front of her door, for sure dia akan keluar!

So, during the past 8 weeks, memang slalu jugak lah I bake breads, itu tak termasuk the weekly pizza.

Some of the breads I made. 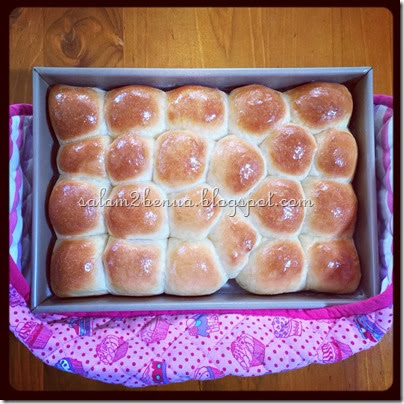 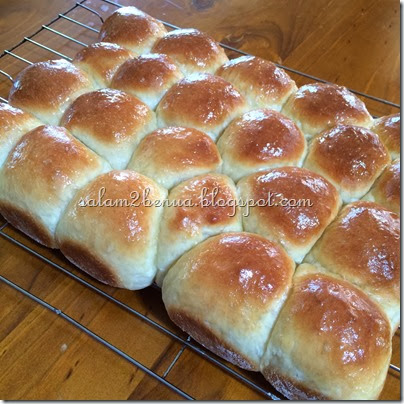 It’s basically normal bread dough but instead of using water, I used milk so it’s a slightly richer dough. 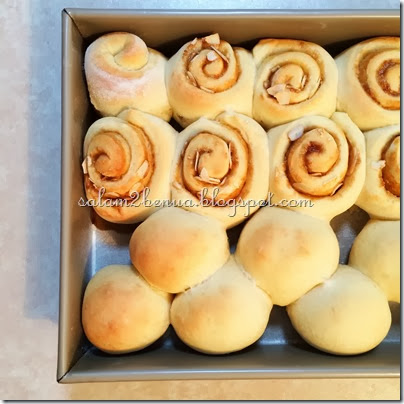 I also made doughnuts a few times using the same sweet dough recipe as above. 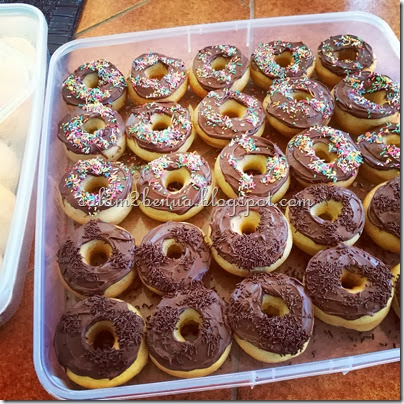 And I’ve lost count on how many times I’ve made this white bread. 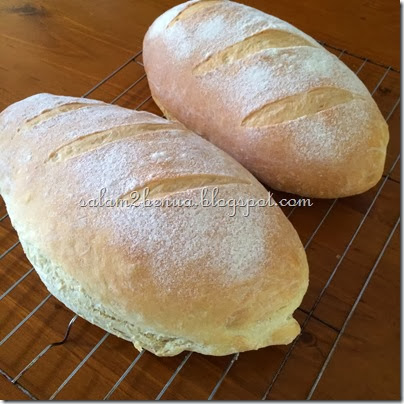 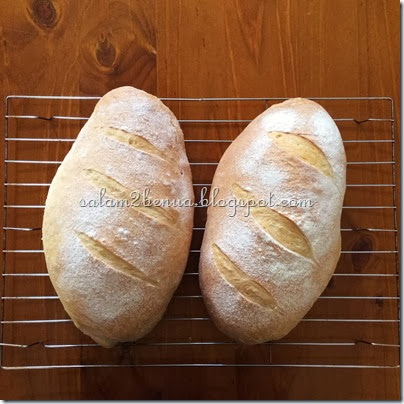 And I also tried my hands at making turkish bread which failed miserably. 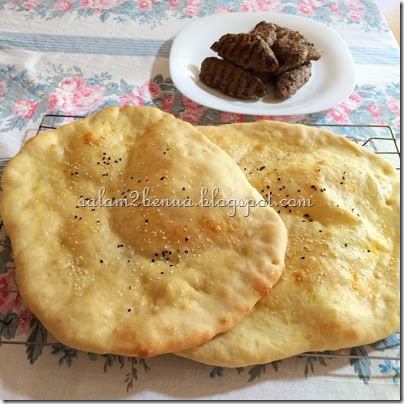 They are still really good but not as nice as the shop bought ones.

I got the recipe from here. Kena ikut all the steps including the soda bath. Itu yang buatkan the pretzels jadi chewy.

And do spend time to read the reviews and comments cos some of them give really good tips. 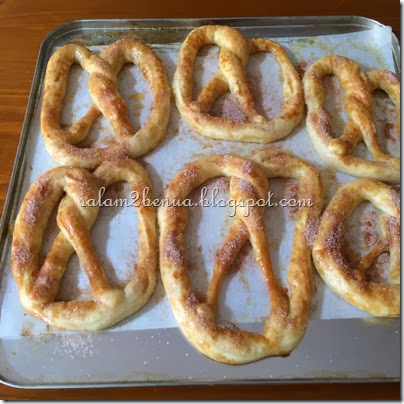 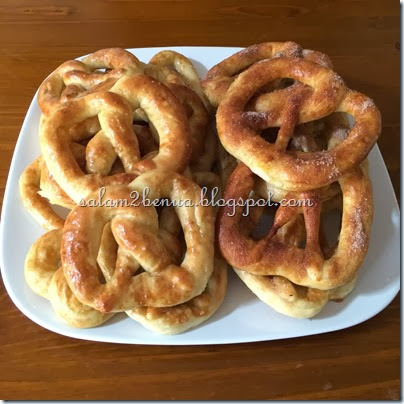 And today, since it was another hot day, I tried making Russian poppy seed bread.

I used to eat this when I was studying and when we were living in Adelaide.

So, after surfing the net and jumpa a few easy recipes, I made this today. 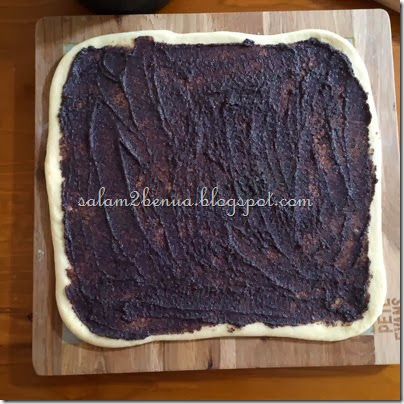 It’s basically ground poppy seeds cooked in butter, milk and sugar. The taste is not that nice if you eat it as is but bila dah sapu kat roti, terus jadi sangat2 sedap! 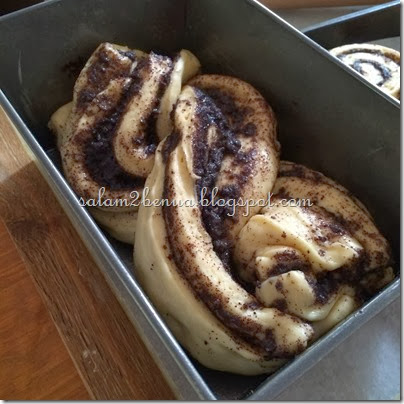 After it’s baked, I drizzled it with sugar glaze. 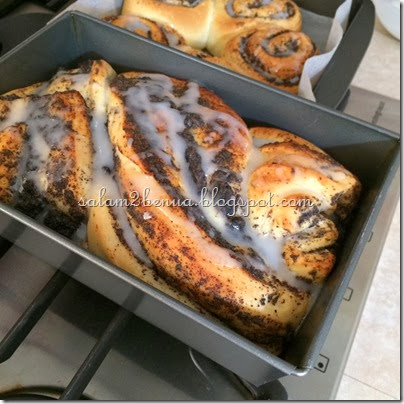 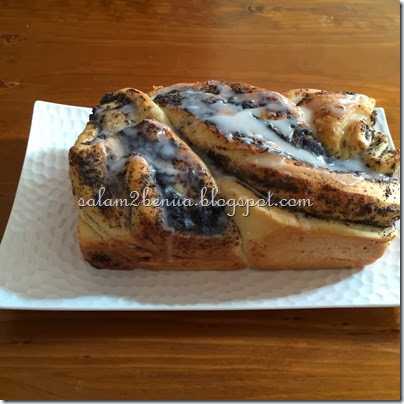 The girls have never had this before and they loved it. 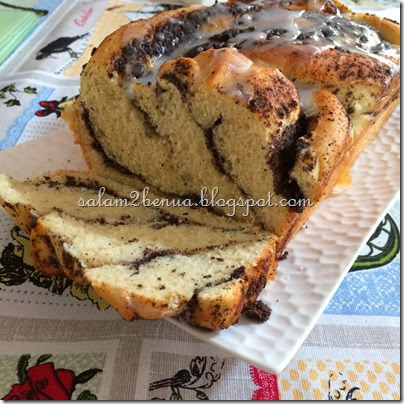 And also not forgetting the usual weekly pizzas. 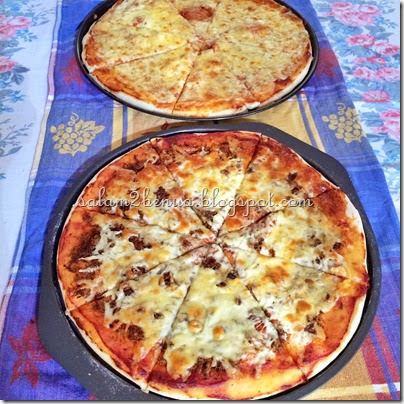 Miss 14 as usual lah with her cheese pizza, Miss 10 skrg dah suka sangat2 serunding daging pizza and The Other Half pulak with his pineapple and chilli pizza. 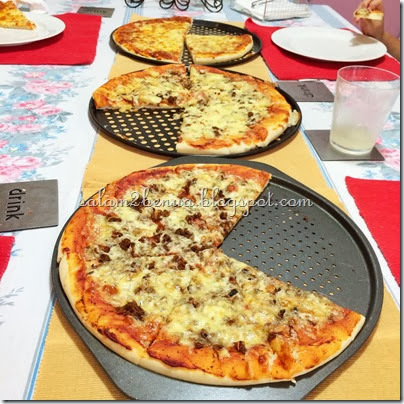 I slalunya makan benda lain whilst they were havign their pizzas cos tak larat tekak I nak makan dah!

Until one day, I tried making turkish pizza or lahmacun. 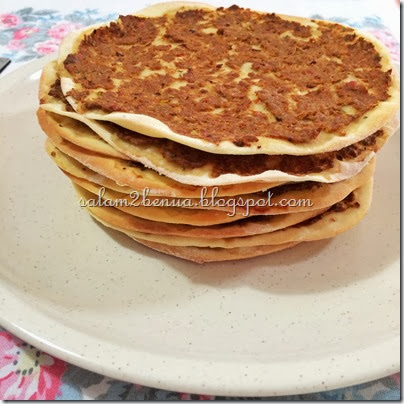 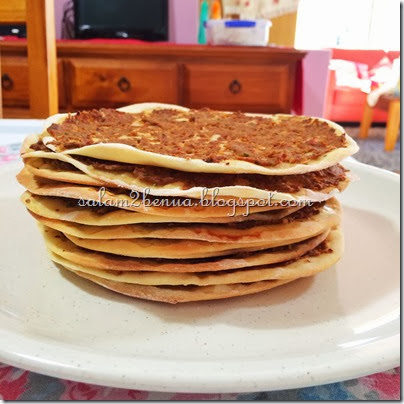 And then, you serve it with raw onion, lettuce, cheese and whatever else you want as filling and wrap it up. 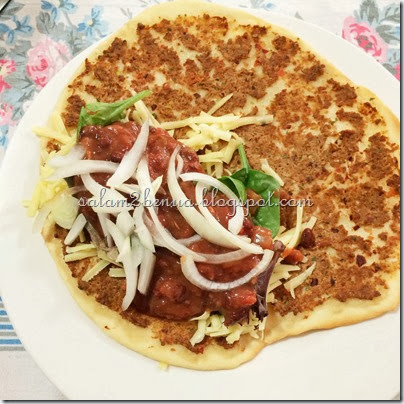 Tapi the philistines in this household would rather have their cheese pizza every week than this lahmacun!

OMG!!!!! lahmacun is my faaaaaaaavoriteeee!!!!! much respect!! hehe

Salam kak.. dlu slalu i baca blog akak.. almost everydaylah before I start my work. Hehehe now u're back.. tak sabar nk tgk how u manage ur kids n the house. I have a daughter too. Baru 2 thn. Cant wait for ur next postings..

u are back. tak tahan menyepi ye sis

Have a good day!