How we spent our day when the wild storms hit Perth

Today Perth and surrounding area was hit by wild storms with really gusty winds up to 140kms/hour.

The storms leave a trail of destructions across Perth.

And what did we do while the storm was lashing Perth and surrounding areas? 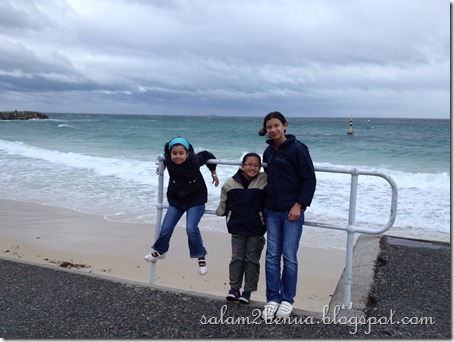 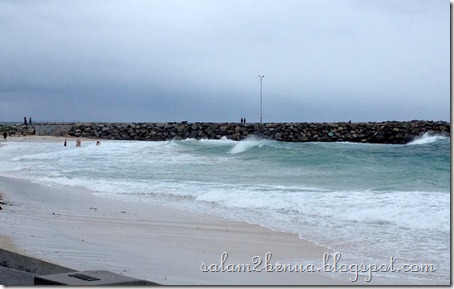 While all these people were in their shorts and bikinis braving the cold waves and strong winds, we were all rugged up trying to get warm, hehehe…. 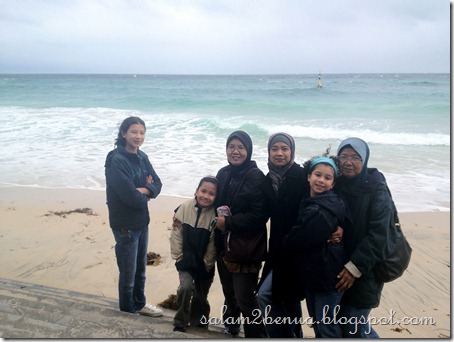 But kids will be kids, still jugak nak main air… 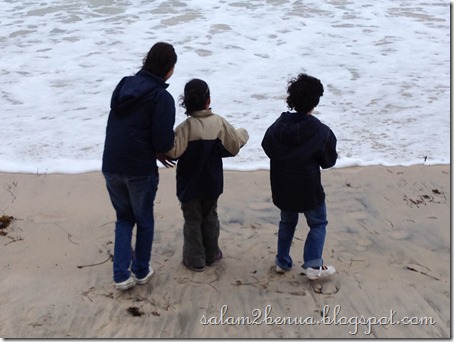 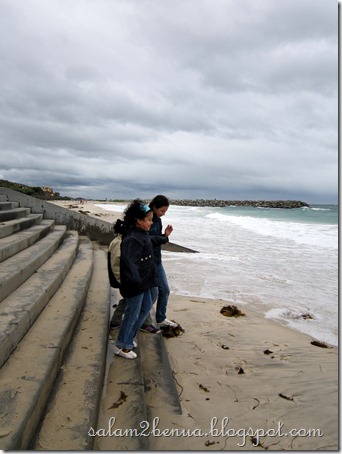 While waiting for the others to come out of AQWA, we took shelter from the rain and wind in San Churros having heavenly hot chocolate…. 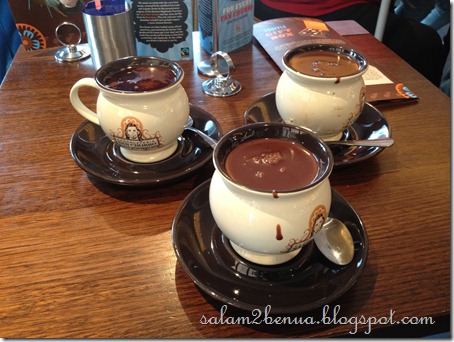 It’s like drinking chocolate pudding that is so rich and creamy but unbeliavably yummy. Mak I could only manage to habiskan about 1/3rd of her hot chocolate sebab she said perut dia dah kenyang sangat2, heeee…

Trying to get our photos taken while trying not to get blown away by the gusty winds at the same time was a major feat let me tell you, hahahha…. 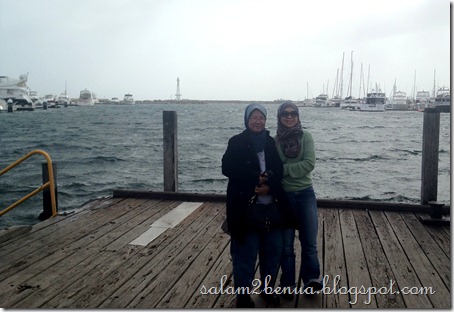 Alhamdulillah, we managed to escape all the affected areas when the winds were lashing the coasts.

Kakak I said that she just couldn’t believe her eyes when she saw how strong the winds were when we stopped to have fish and chips for lunch at City Beach. Siap ambik video lagi tu, hehehe…

Tomorrow will be their last full day here so it will be filled with last minute shopping and packing.

And after their flight on Tuesday, the house will be very quiet again.

Penned and thought by lemongrass at 21:01
Labels: Malaysian guests, our family, The little misses

We had a storm last Saturday nite in my hometown - Sekinchan. I heard Tg Karang was affected too but not sure about Ijok. No uprooted tree but lots of roof were blown away.

The electricity was cut off so we spent the night playing games with the help of cahaya lilin. hehe..

that is the closest thing that we have as a bad weather.

Assalamualaikum kak..i've been ur blog's silent reader since early this year..but i didnt get to know ur name hehe..seronok tgk/baca ur posts. wanted to email u privately but cant find ur email anywhere so this is the only way to reach u, i guess :) need ur advice of perth accomodation, suggestion of places to visit, etc. insyaAllah my family n i will be going there in september. really appreciate if u could give some info n tips. here's my email if u have the time to drop some tips - najmins@gmail.com ..thanks a lot and have a nice day! barakallahu feek

Salam kak LG,
I second Minn's request..If u dont mind, can u write a special post on interesting things/places to go in Perth? I know that the local's tips are much more fun and not so touristy compared to what we read in the webs/brochures...please, pretty plese Kak LG?! :D
p.s heading there in Sept.