It’s raining cats and dogs here at the moment.

It was really heavy with a little bit of hail earlier in the evening which was a lot of fun to watch.

We all pulak, bila tengah hujan or bila the BOM predicts nak hujan, we love to see the radar view at this BOM link. It is so fascinating to see the progression of the rain cells and also the intensity of the rain.

Masa we had that really heavy rain and the hail tadi, our area was covered with the colour red on the radar.

And The Other Half pun will look at this radar every morning before he cycles to work. Kalau nampak yg hujan lebat giler will be coming soon, dia terus lah tak jadi nak naik beskal pergi kerja, terus lah naik public transport. He said he doesnt mind a little bit of rain when he cycles but bila hujan lebat giler, he can’t see anything sebab his glasses will be so wet and fogged up, hehehe.

And masa hujan lebat beria tadi, The Other Half said, “You should take a photo of this flooding.” 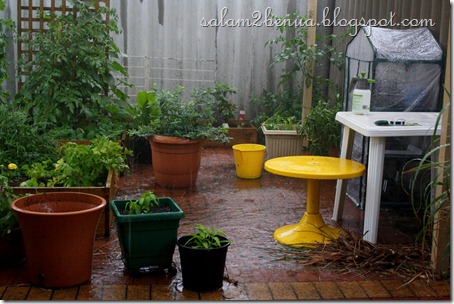 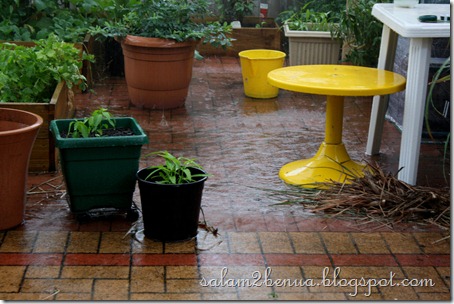 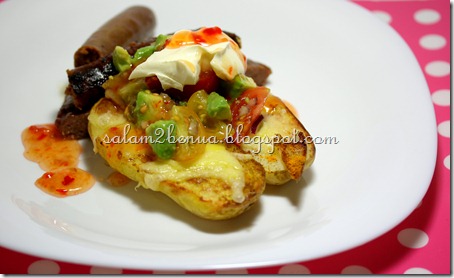 I parboiled the whole potato first, then cut them in half and put them on an oven tray. I drizzled some olive oil, sprinkled some salt, paprika, cumin powder and turmeric powder on the potato halves.

Bake them in 200°C oven until they are brown and tender about 30-40 minutes. And then sprinkle some grated cheddar/ colby on the potato and bake them again until the cheese has melted. 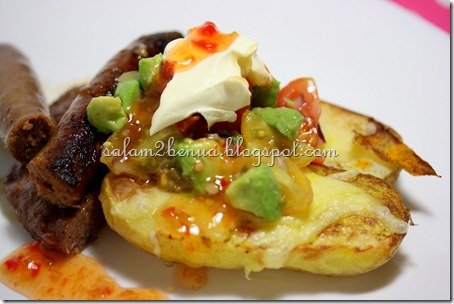 A little bit of meat on the side wouldnt go astray 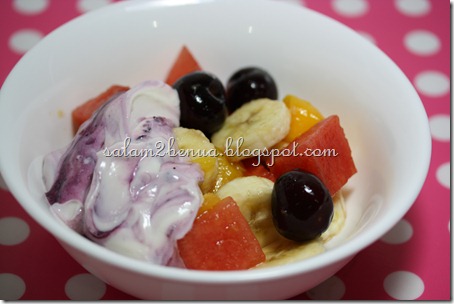 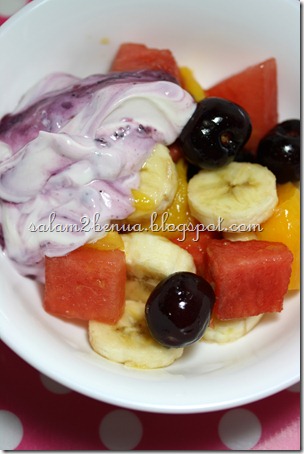 I showed your blog to my other half. Then he asked me whether i can cook like what u cooked tonite. Then i said...no..hehhe

Ameeza,
thanks for the compliment :-). Sedap tu is very subjective kan tapi utk anak tekak we all, sedaplah, hehehe.