To all mothers out there reading my blog, I hope u had a really lovely Mother's Day today starting with lots of kisses and hugs in the morning, followed by breakfast in bed and lots of presents and no housework to worry about....... yeah right! :-)
My day started with lots of kisses and hugs from the little misses and the other half but I drew the line at having breakfast in bed. All the movies showing people having breakfast in bed and no crumbs or spills on the bedsheets are really so unrealistic. Tak sanggup nak tidur malam2 with crumbs and jam under the blanket so I told the kids I'd rather have breakfast at the dining table then in bed. Kalau b'fast in bed kat M'sia pulaknya, siap dengan sambal nasi lemak n ikan bilis or kuah dhal tertumpah atas bedsheet, hish, tak payah lah!
This year my mother's day present wasn't a surprise so tahun ni tak payah lah berlakon jadi pelakon wanita terbaik, hehehe.... We went shopping for it yesterday but I still couldn't decide what I want as a present. Last2 the other half and I decided to buy a breadmaker eventhough we did have 1 a few years back but we gave it away sbb tersimpan aje tak digunakan. But this time, the other half said he'll use it a few times a week. Come to think of it, it's not really a Mother's Day present lah kan sebab the other half yang beria nak beli and nak gunakan ..... ;-). Dia dah siap bagi gelaran 'the baker of the house' to himself so i told him might as well make it a joint mother's day n father's day present! So, nanti bila father's day tak payah lah we all susah payah cari present for him, hehehe..... 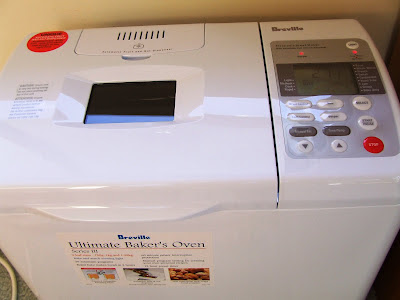 Anyway, he's used it twice already and he loves it, so memanglah it has become our present not just mine :-). He baked a normal white loaf semlm and a continental bread for dinner tonite. Best gak bila the other half dah excited nak buat bread so kurang lah sikit my work kan! As long as he doesn't want bread every nite for dinner cukuplah. 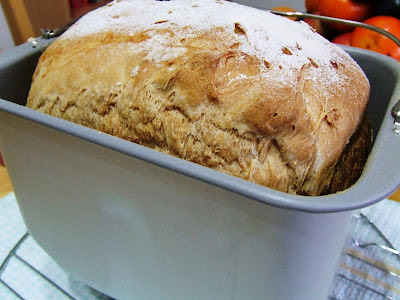 Inilah rupa continental bread, soft inside with chewy crust. This is the 1kg size. The breadmaker boleh masak up to 1.25 kg loaf.

The other half also made dinner tonite to go with the bread. Dapatlah I relaxed tonite from having to cook dinner but I made dessert though. 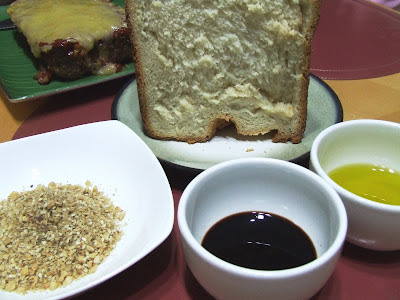 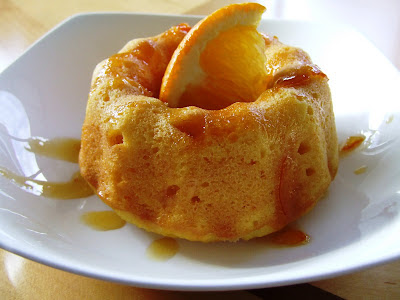 Penned and thought by lemongrass at 20:23