Semalam for Mother’s day we all tak buat apa2.

Sebab ada sunday school for the girls in the morning.

But I did get some presents from the girls.

Miss 14 kata dia takde duit so she could only get cheap stuff for me and Miss 9 pulak made something at science lab at school for Mother’s day present.

Ini hadiah from them. 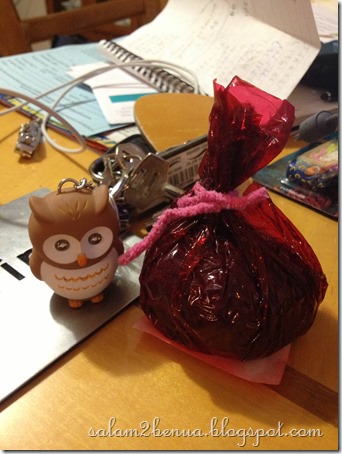 An owl keychain from Miss 14 and a bath bomb from Miss 9.

She made the bath bomb in the science lab. It uses olive oil, bicarb soda, citric acid, lavender oil and food colouring

I can’t remember when was the last time I used the bath, hehehehe.

But Miss 9 said I can also use it as a foot bath to relax my sore feet….

And on top of that…

But semua hadiah ni revolves around the kitchen jugak so kiranya semua orang dapat faedah nya from me using them, hehehe. 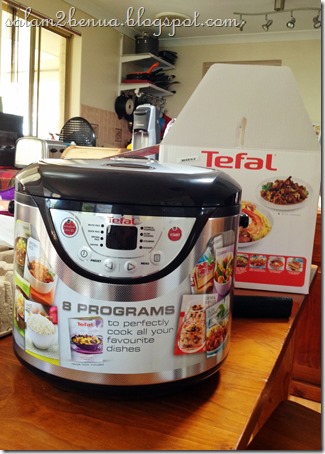 I said to The Other Half that I need a nicer, bigger rice cooker that can do many things as well.

So, Tefal ni ada function slow cooker as well so we grabbed this one.

And then, I wanted a new set of saucepans sebab the saucepans that we’ve been using at the moment dah lanjut usianya (even though they are still in mint condition).

And then sepanjang we all bermastautin in OZ, dah banyak add-ons I beli so periuk belanga I memang brand caca marba lah.

But when I saw this set went on sale, terus lah I rembat… 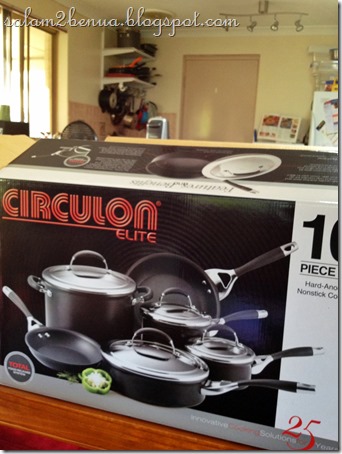 Dia ada 25 years guarantee so kiranya I can only ask for another new set in 25 years time lah ye tak?

And then, I said to him that the kitchen is running out of cupboard space…

So, we went shopping for a buffet/sideboard.

Kat dining are tu dah ada a big buffet already tapi since my kitchen ni quite small and lacking storage space, so I wanted another buffet to store segala macam benda.

The Other Half kata, one day we’ll renovate the kitchen….

I said to him, takpelah, while waiting for that one day to come, we’ll just buy some more free standing cabinets…

So, we got this one. 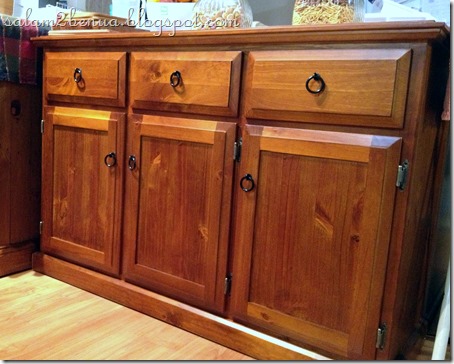 We like pine furniture so tu yg we bought a pine buffet.

Our other buffet was made from recycled wood from a railway track which they salvaged and polished and made into a fine piece of furniture, hehehe….

Itu aje lah Mother’s Day presents I for this year…

But yang paling bestnya, Miss 9 made breakfast for all of us on Sunday. 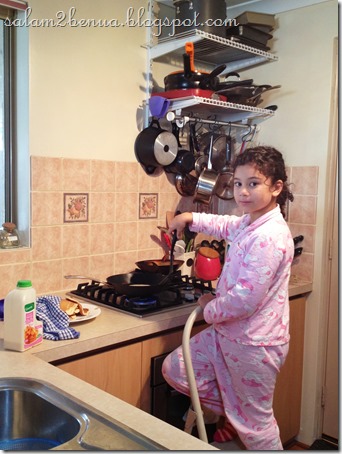 Penned and thought by lemongrass at 20:12
Labels: The little misses

Bestnya...byknya hadiah. The best part see ur little girl prepared breakfast for u....hehehe she got talent fm u yea.

happy mother day to you LG
nice present you received...so sweet both of your daughter and your other half...
(mana nak tekan 'like' nih? ops..lupa..BUKAN FB..heheh)

Happy Mother's Day to you LG...the gifts from your hubby memang berbaloi, you are quite an amazing cook! Sweet gifts from your daughters, girls are very thoughtful kan...take care!