The evolution of the birthday cake

2 weeks ago when I last updated the blog, she was still 14.

She had her birthday yesterday, a very quiet celebration, just the four of us.

In a way, kesian jugak kat the girls because their birthdays both will always fall during the April and October school holidays so a bit susah jugak nak organise a birthday party cos ramai kawan2 yang pergi jalan2 during the 2 weeks holidays.

And the girls dont really mind having a quiet birthday celebration at home.

They still get presents albeit a bit less than kalau ada party with friends, and they still get to eat their favourite food for dinner and get their requested birthday cake.

And it’s easy when they know what cakes they want for their birthdays.

And I’m lucky that the girls know that I can only make and decorate simple cakes so they are happy to ask for simple cakes everytime, hehehe.

As she gets ‘older’, her birthday cakes evolved as well.

When she was 6 y.o, it was just a simple plain choc cake with choc ganache and freckles as deco. 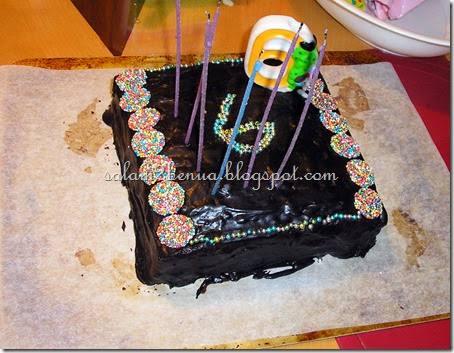 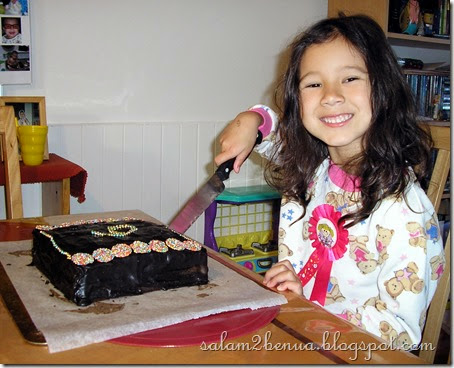 And on her 7th birthday, she wanted a fish cake 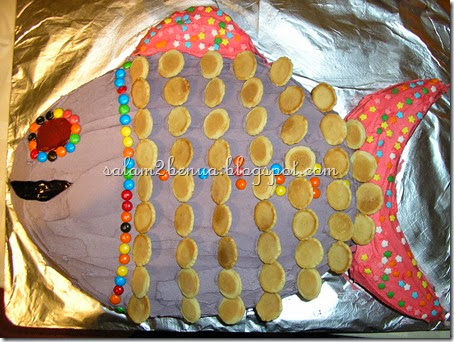 Obviously, my decorating skills havent improved over the year!

But she was still happy with it 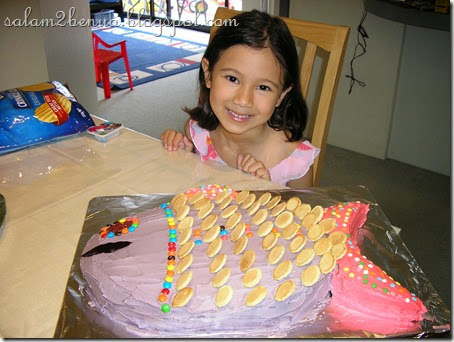 And on her 8th birthday, it was a hedgehog cake. 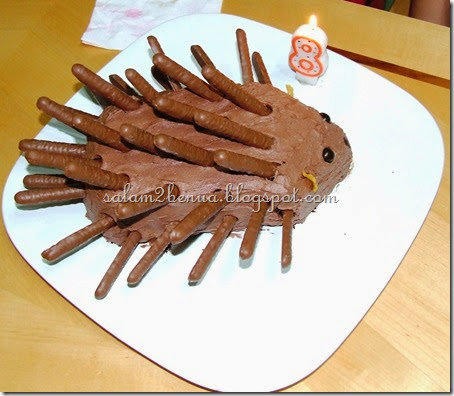 I know I know, still no improvement!

Then on her 9th birthday, she’s still keeping the animal theme.

This time it was a snake cake! 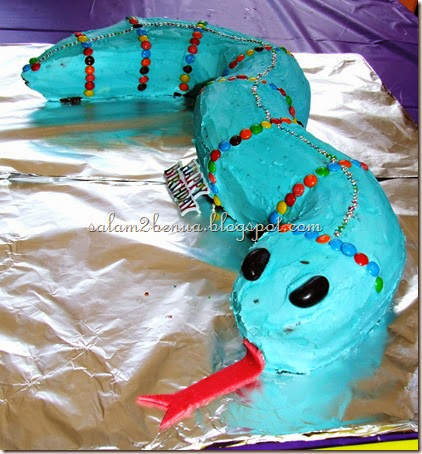 And she was still very happy with her Mum’s lack of decorating skills! 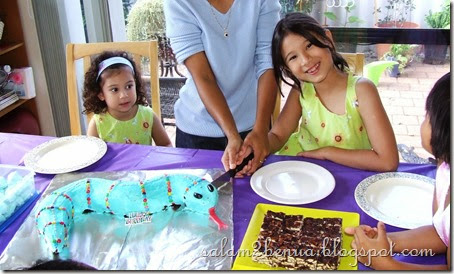 On her 10th birthday, I made a few cakes.

Because we weren’t doing a birthday party for her so we decided to just bake a few cakes. 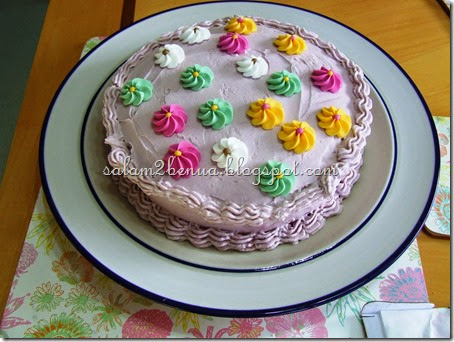 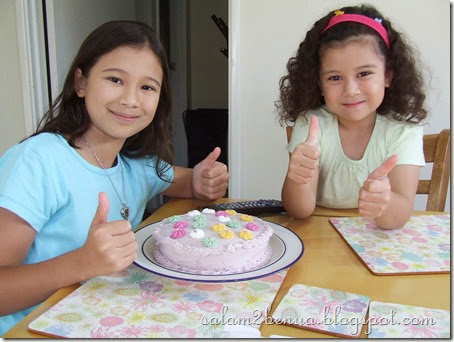 And a turkish delight pavlova.

This was when her love of pavlova started. 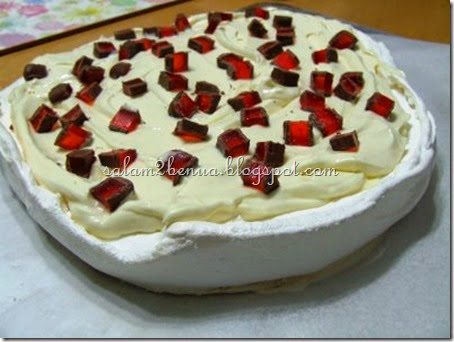 On her 11th birthday, she had a few birthday cakes as well.

On the day itself, I made cupcakes birthday cake in the number 11. 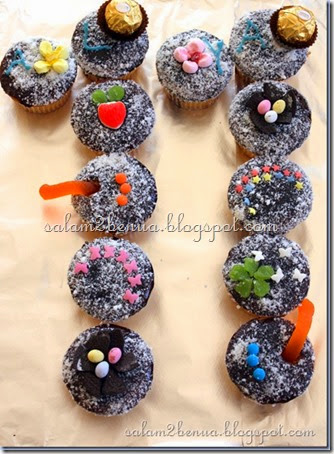 On her 12th birthday, she asked for a pavlova again. 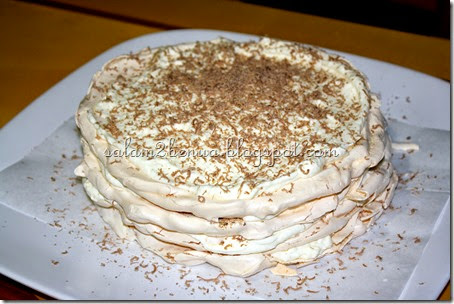 But with her, she just wants whipped cream on her pav which will look so plain.

So, tu yang I had to grate some chocs on it to make it a bit more ‘presentable’ 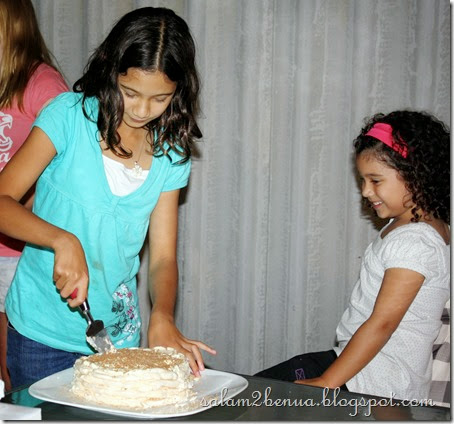 On her 13th birthday, we celebrated it at a friend’s house who also was generous enough to sponsor the birthday cake.

It was an icecream cake! Something completely different 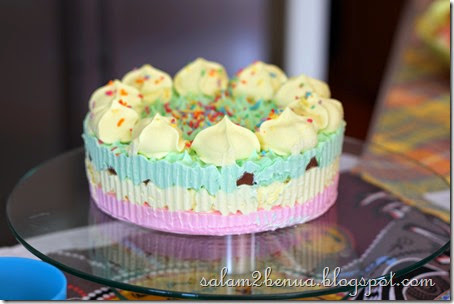 I still had to make pavlova on the day itself sebab mana puas makan ice cream cake aje kan, hahaha 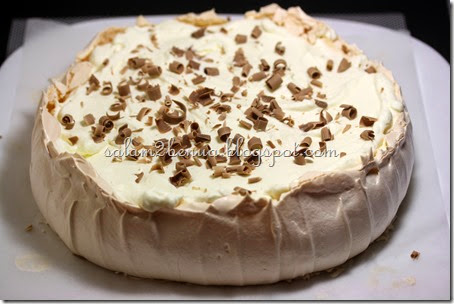 And again, no decoration on it!

Last year, on her 14th birthday, we were in Malaysia, holidaying.

So, no pavlova for her on the day but my SIL made a really nice choc orange cake with macarons for her. 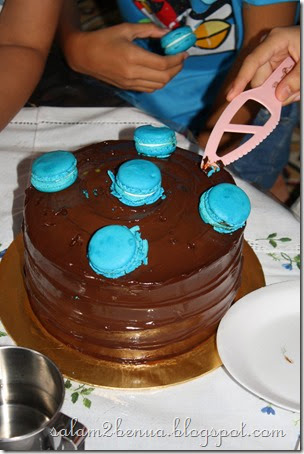 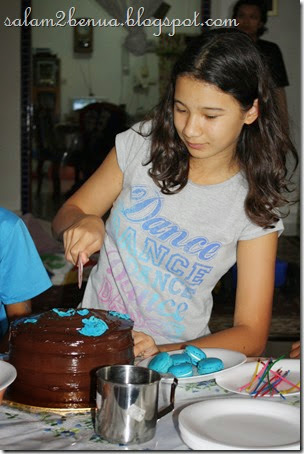 And finally, for this year, instead of pavlova, she asked for something else!

She wanted an Oreo cheesecake for her birthday cake. 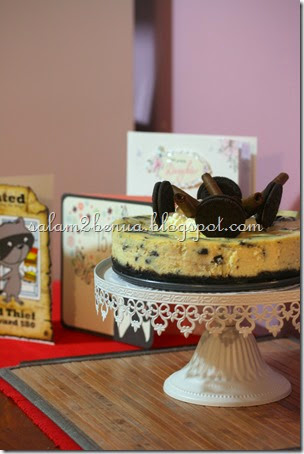 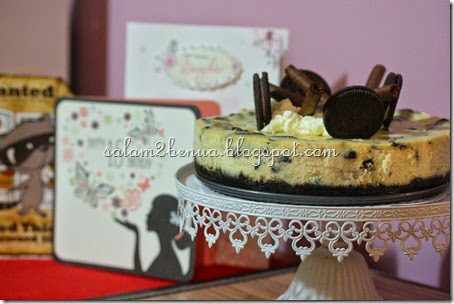 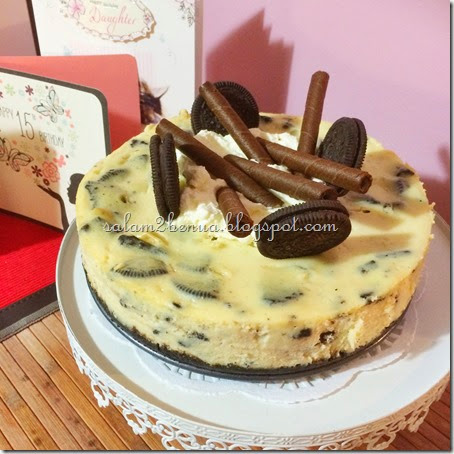 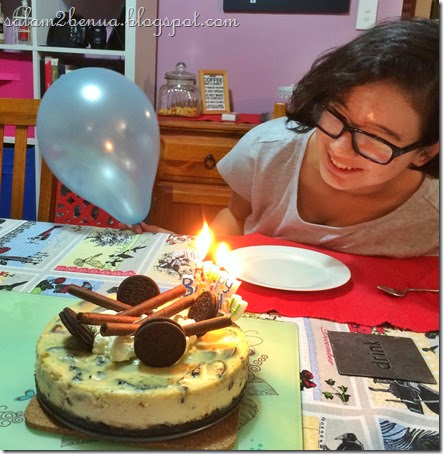 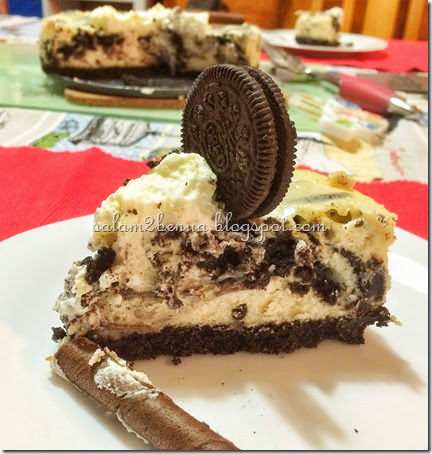 The downside of celebrating a birthday just the 4 of us is that after the cake cutting and the cake eating, there’s still 3/4 cake left in the fridge.

Which we have to slowly eat over the next few days….

Penned and thought by lemongrass at 10:02
Labels: The little misses

Kak, u must be very proud that u managed to bake their birthday cake every year....

They surely remember it sampai bila2 :)

Wow fifteen already!! Happy belated bday!
Your cakes are awesome ok. Homemade are always the best in my opinion ;)

happy birthday miss 15...may bright future be with you..
the latest cake looks sooooo sedaaapppp...

back in blogworld again & i forgot how much fun it is to read your blog!! :)) Happy Birthday sweet girl! I remembered reading all those pavlova birthday posts & she's still kanak2 ribena, now she's all so mature looking!